The VAG 2.0 TFSi Eventuri intake has been developed to provide the most efficient and direct airflow path to the turbo. By replacing the OEM our Patent Pending Venturi housing and coupling this with a smooth duct, we have ensured that the airlfow remains as laminar as possible. Furthermore, the addition of a true cold air feed by adding a scoop to the front grill results in the lowest possible inlet air temperature. The result is an optimised intake system which delivers noticeable performance gains consistently.

The 2.0 TFSi system uses our Patent Pending Carbon fibre Housing which provides an aerodynamically efficient airflow path from the filter to the turbo tube. Not just another cone filter with a heat shield but a unique design which allows airflow to remain laminar and thus improve the turbo efficiency. You can read more about the housing design and how it works here.

The standard airbox is cuboid in shape which gives rise to turbulence and increases the drag on the turbo as a result. Furthermore it draws air from a duct, which despite extending over the entire grill is in fact only open on one side and this opening is also facing the engine so the airbox draws in warm engine bay heat. In addition, when the bonnet is closed, the only direct path for cold air is from the small slots in the top of the grill (for the Golf 7 variants).

The following dyno graphs show the before and after results on a Golf 7 R which already had a remap. So both the stock airbox and the Eventuri were tested with the same remap in place. All tests were carried out back to back on the same day with the BONNET CLOSED ON ALL OCCASIONS.

Independent Dyno Test BR Performance from Belgium have tested this intake on a stage 1 tuned Clubsport using their in-house dyno and the intake achieved a 19HP gain: 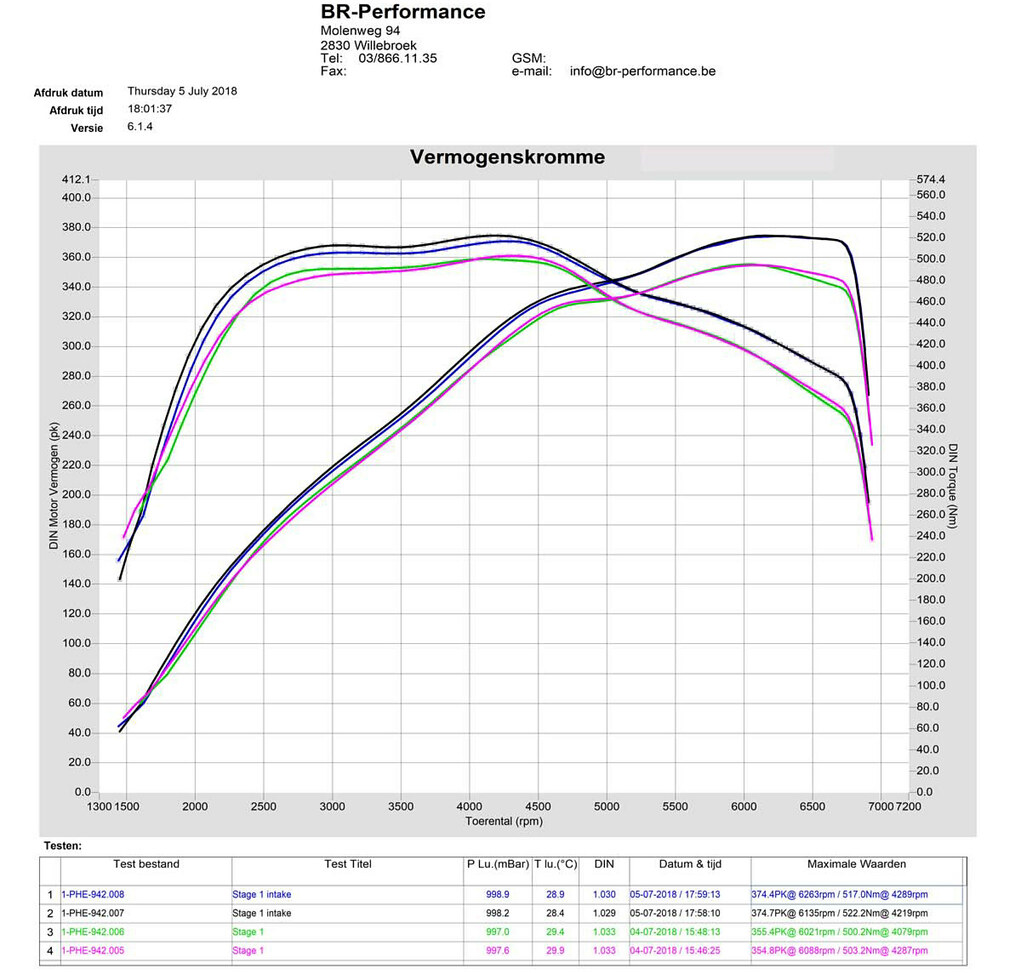 Single VS Double Duct During the development of our system we designed and tested both the single duct and also an extended double duct version:

The testing showed that the double duct did not produce more power, in fact we could not achieve the same results as we did with our single duct design. This is because the single duct allows for the smoothest and most direct airflow path to the filter. With the scoop directly in front of the opening there is no chance for warm air to mix with the airflow. Furthermore on the double duct, the airflow has to travel at almost a 90 degree angle from the far side of the grill to then enter the filter housing. Here is a dyno graph showing the results we achieved with both duct designs: